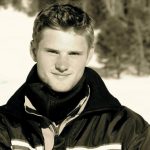 I grew up wandering the woods of northeast Georgia, frequently fishing for Southern Appalachian brook trout in tiny mountain streams, and gradually developed an interest and love for nature. My training in communication studies at the University of Georgia and in communication and cultural studies at Indiana University, where much of my research focused on environmental justice rhetoric, enabled me to complicate and enrich my understanding of the interconnectedness of nature and culture.

In the University of Utah’s department of communication, I will be working with Dr. Danielle Endres, developing an interdisciplinary research program that addresses the connections between what I call ‘the chemical and the cultural’, a project that confronts questions about what it means to be a political subject in a world where chemicals are ubiquitous. What does it mean to ‘involuntarily ingest’ chemicals? Or ‘willfully expose’ oneself to chemicals? How do the chemical and the cultural converge? And what does it mean to enact a politics against or in favor of particular chemicals? Such questions anchor the Chemical Cultures project and provide fodder not only for conversations but also for thoughtful contemplation during my routine hikes and fishing trips in the Salt Lake Valley. 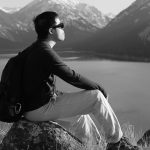 Originally from China, I received my B.S. from the University of Oregon, where I majored in Sociology and International Studies, and minored in Environmental Studies and Political Science. I love cue sports and was an active player in the local pool league in Oregon.

The environment has been and will be the theme of my interdisciplinary academic training. I am particularly interested in the political economy of global climate change: how does climate change relate to the current economic system? What are the structural barriers created by the system that prevent human society from addressing climate change? And how can we overcome these barriers? My graduate advisor is Dr. Brett Clark. 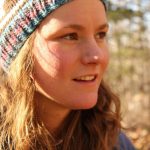 Department of Geology and Geophysics

I received my B.S. from Michigan Technological University in Environmental Chemistry, and went on to spend a year at Los Alamos National Lab in a post-baccalaureate program. Most recently I received my M.S. from Dartmouth College in Earth Sciences. Along the way I’ve made time for outdoor play, enjoying activities like running, climbing, Nordic skiing, and camping as outlets for inspiration and recharge.

Using stable isotopes of hydrogen and oxygen in water and air mass back trajectories as tools, I investigate current and future climate via incipient changes to the hydrologic cycle. My Master’s research investigated this topic in Barrow, Alaska. During my PhD with advisor Gabe Bowen, I hope to include greater expanses of the Arctic as well as shift focus to regions prone to drought. 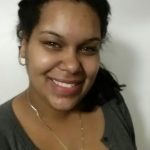 I grew up in New York City. I attended Skidmore College where I studied mathematics and environmental studies. After graduating, I participated in The Post – Baccalaureate Program for Women in Mathematics at Smith College.

My current research interests lie in mathematical biology. In particular, I’m interested in studying infectious diseases and how mathematical concepts can be used by incorporating environmental and biological components to study disease dynamics. My graduate advisor is Dr. Fred Adler. 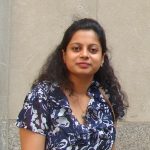 I was born and educated in the bustling city of Kolkata, India. I completed my undergraduate degree in Architecture from Bengal Engineering & Science University, India, after which I moved to Delhi, where I earned a post graduate degree in Urban Planning from School of Planning and Architecture, New Delhi. As a final year project, I analyzed the environmental impacts of human activities such as poor sanitation habits, discharge of effluent into water channels, and construction of rapid transit systems on the river beds. I first worked as an Urban Researcher in Chennai, India, and later worked as an Architect and Urban Planner in Kolkata, India.

In the course of my post graduation, and later while working on field, my interests gradually shifted from core architecture to physical infrastructure planning. I believe good infrastructure is accessible to all regardless of financial ability, which was the primary driving force of the shift. My research interests include development of water & sanitation management systems, along with design and planning of the same in congruence with transit development. My graduate advisor is Dr. Reid Ewing. 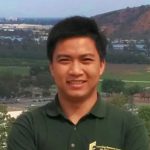 I grew up in a small town called Hoi An in Vietnam. For many reasons, I call myself a country boy. I have lived my whole life by the beach, where I play soccer and swim almost every day. I attended high school in Vietnam, and received my B.S. in Mechanical Engineering from Cal Poly Pomona in Southern California. I have been in the States as an international student for 6 years and I am very excited to attend the University of Utah for my doctorate degree.

I am working towards my PhD with Dr. Amanda Smith in the Mechanical Engineering Department. My research involves in experimentally demonstrating of pressure retarded osmosis (PRO) membrane technology for hydroelectric power generation. This project will advance the implementation of PRO over technical and economic barriers. 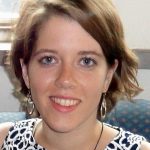 Originally from upstate New York, I held interdisciplinary interests throughout undergrad by receiving a B.A. in English Literature and Geological Science from the State University of New York at Geneseo. Now that I am a member of the University of Utah’s geography department, I am very excited to continue interdisciplinary work through collaborating with the other GCSC fellows. At the University of Utah I will be pursing an M.S. working with Dr. Andrea Brunelle focusing on the reconstruction of past climates using pollen. After moving across the country, I’m excited to immerse myself in the natural beauty of the Western United States by exploring Utah’s many national parks. When I’m not doing research I enjoy hiking, skiing and reading science fiction novels. 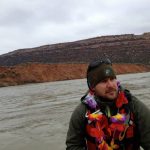 Department of Parks, Recreation and Tourism

As a transplant to the Beehive State, I’m excited to return to mountains, rivers and the desert. Over the past ten years I have filled my days working as a field science instructor, river guide, challenge course facilitator, and most recently program coordinator for outdoor experiential education at Loyola University Chicago. I received a B.A. in International Literature and Environmental Studies from Colby College, and completed a M.S. in Experiential Education at Minnesota State University, Mankato.

I have always been fascinated, albeit broadly, by the way we humans think about and relate with nature. My proposed doctoral work with Dr. Matthew Brownlee uses the biophilia lens to examine the relationship between immersive outdoor experiences within winter environments and phenomenological constructions of winter. I am grateful for the support of the GCSC to enable my pursuit of interdisciplinary inquiry at the University of Utah.