Who Wants to Go Camping? Potential for a New Record of the Paleocene-Eocene Thermal Maximum in Utah

I am a currently a PhD candidate at the University of Utah working with Gabe Bowen. I research past climate change events through isotope geochemistry of ancient soils. I came the the U after completing my undergraduate degree in Geology at the University of Puget Sound. I enjoy outside activities like backpacking, skiing, and climbing. I am also passionate about climate change education and hope to be a force of change for our future energy transition.

The Paleocene-Eocene Thermal Maximum (PETM) was a rapid global warming event ~56 Ma that is characterized by a large carbon isotope excursion (CIE) in both marine and terrestrial sediments. Carbon isotope values of pedogenic carbonates record this excursion and the magnitude of these excursions vary, indicating that local climate change was not homogenous. Heterogeneity in local climate change over rapid warming events informs us of potential spatial heterogeneities in modern climate change. Nine Mile Canyon, UT contains terrestrial sediments between the Paleocene and Eocene including paleosols that contain pedogenic carbonate. In this study, we collect and measure carbon and oxygen isotope values of the pedogenic carbonates found in this section. We find one sample that has a more negative carbon isotope value, which could indicate the position of the PETM. Only more sample collection can definitively identify the location of this important climate change event in this section.

There was a global warming event just after the dinosaurs went extinct that was caused by a release of carbon dioxide into the air, similar to modern climate change. We try to find rocks that were formed during this time to learn more about how places change with global warming events. We find evidence that sediments in Nine Mile Canyon, UT may record this event. 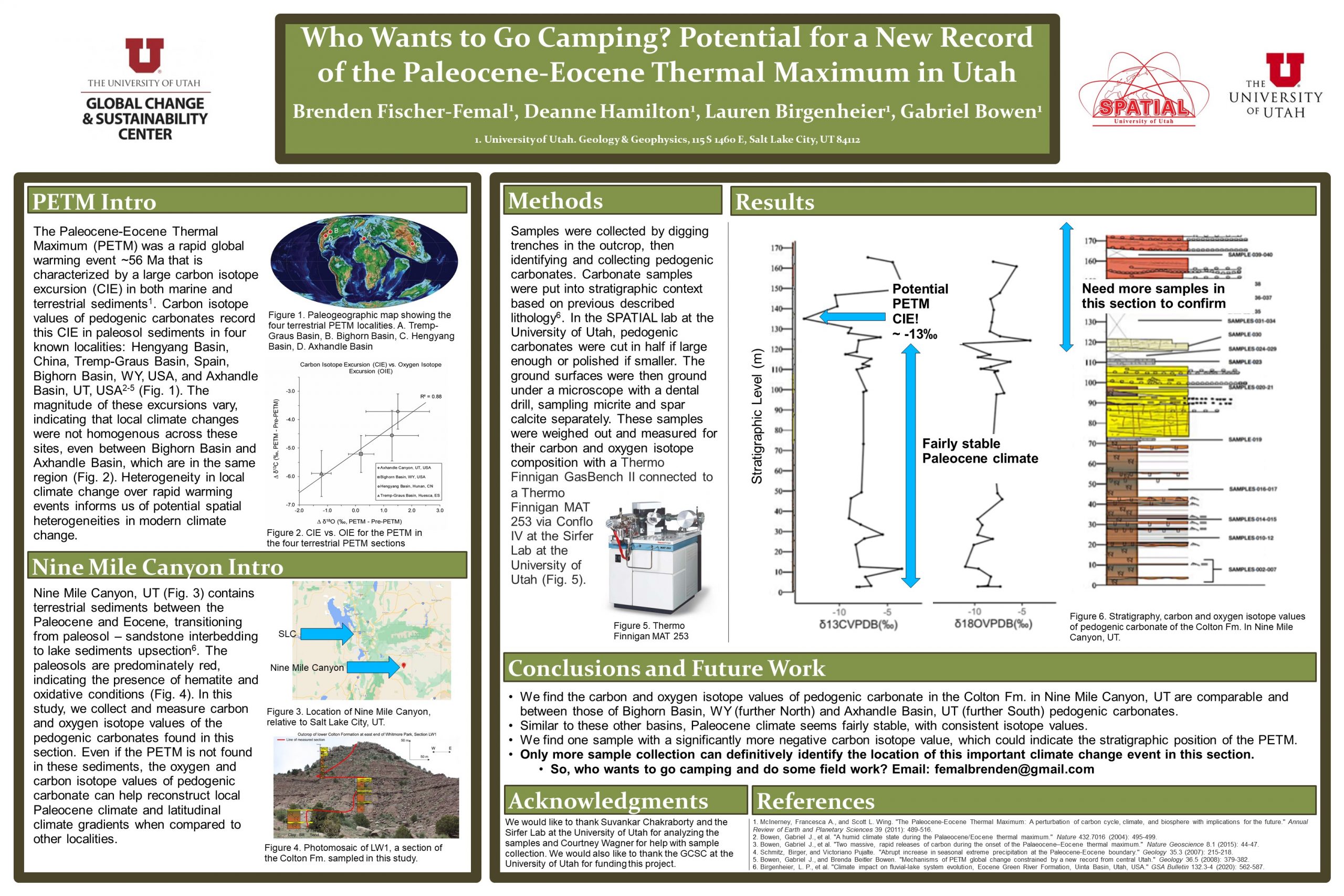