Diversification of iron-biomineralizing organisms during the Paleocene-Eocene Thermal Maximum: Evidence from quantitative unmixing of magnetic signatures of conventional and giant magnetofossils

I am a geobiologist who specializes in rock magnetism. Specifically, I study bacteria that make magnets (each ~1/1000 the width of one of your hairs!) inside of their cells. These “magnets” can be used to understand the sensitivity of modern and ancient environments to rapid environmental change. My affinity for these magnetic critters brought me to the U in 2015 to work with Dr. Pete Lippert (Geology & Geophysics) on my PhD. This summer I will be continuing the journey as a postdoctoral researcher at the Smithsonian National Museum of Natural History in Washington, D.C. Another interesting tidbit is that I am a first-generation student (no one in my immediate family went to college): if I can do it, so can you! When I am not playing with magnets, I enjoy backpacking, skiing, and painting.

Diversification of iron-biomineralizing organisms during the Paleocene-Eocene Thermal Maximum: Evidence from quantitative unmixing of magnetic signatures of conventional and giant magnetofossils

Magnetofossils are fossilized magnetic particles made by magnetotactic bacteria and other microbes. They are geologically significant because they record environmental and ecological information like bacterial diversity and marine oxygen levels. Here, we test if sensitive magnetic measurements can discriminate between different sizes and shapes of magnetofossils within marine sediments that record rapid global warming 56 million years ago, the largest global warming event in the past ~80 million years. These findings have important implications for tracking the timing and extent of oxygen and nutrient changes in the ocean due to climate change. 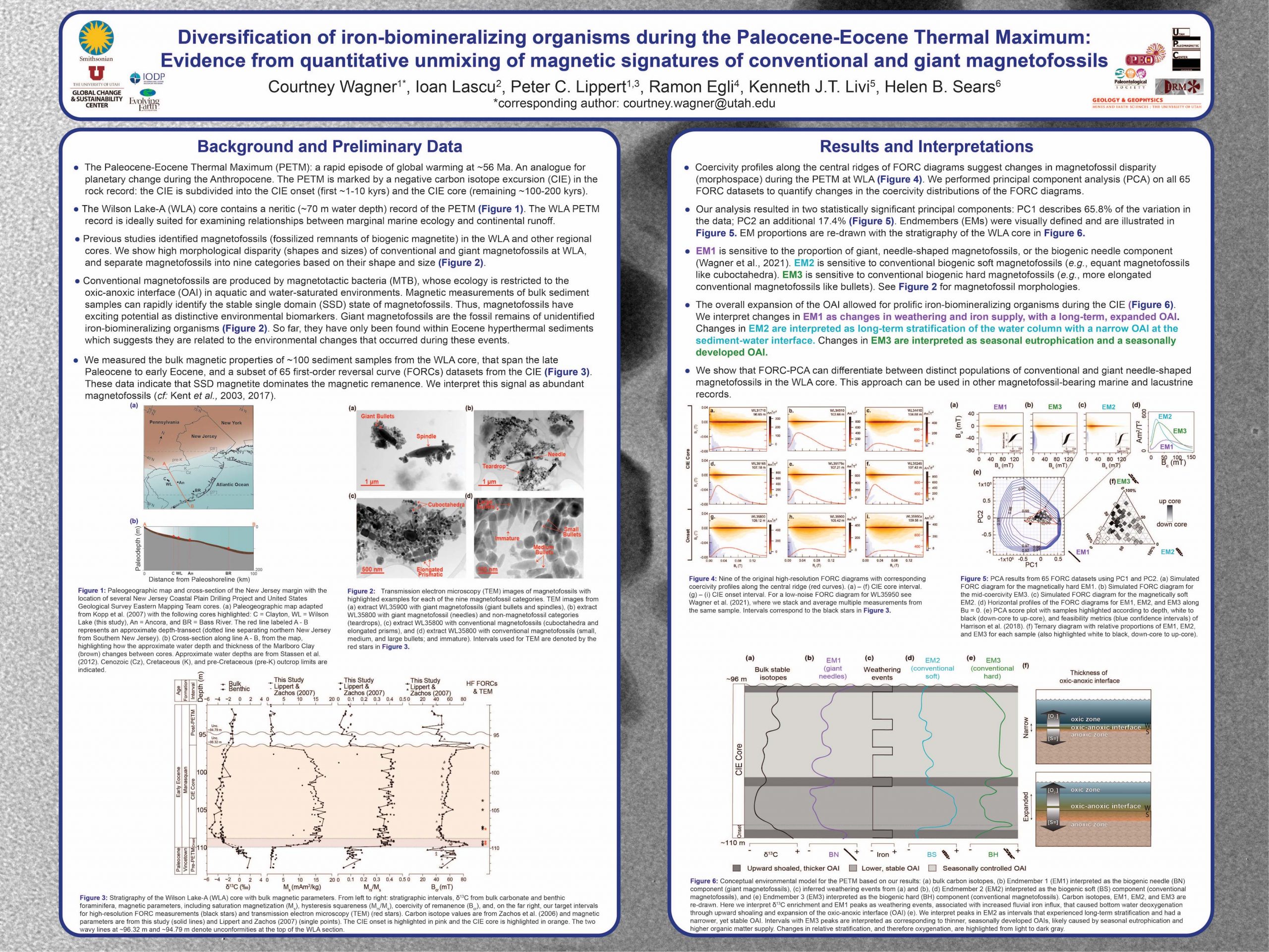