As climate-induced wildfires rage across the West and the COVID-19 pandemic continues to threaten our communities, many of us have disaster on the mind. How will we respond when disaster strikes close to home? How will we recover? How can we build our communities to be resilient in the face of crisis?

In her upcoming Global Change & Sustainability Center seminar, “A Grassroots View of Disaster Recovery,” Dr. Divya Chandrasekhar will explore these questions, as well as examine what it means to be disaster resilient in a complex, uncertain and unjust world. Chandrasekhar, associate professor in City & Metropolitan Planning and an urban and regional planner who has studied disasters across the globe, is particularly interested in the importance of community autonomy to the recovery process.

Because disasters impact every dimension of our lives, from our collective economy to our individual psychology, disaster recovery must happen at the grassroots level—from the bottom up.

“When you say a community has recovered, it means every individual in that community should have recovered in some meaningful way,” Chandrasekhar says. This can only happen when individuals have agency and power in their own recovery process, so she cautions fellow urban planners and other eager outsiders to take care in their recovery work. Without a deep understanding of the community’s needs and capacities, their efforts will be irrelevant or even harmful, she says. Her call to action? Engage communities in deciding their own futures.

While one might think that a person who spends her life studying disasters would feel rather pessimistic, Chandrasekhar says she finds great hope in her work. While disasters inflict trauma and tragedy, they also present an important opportunity.

“Disasters shake up existing structures,” Chandrasekhar says. “They don’t just destroy your building, they smash government structures. They smash patriarchy.” If a community is ready to address these underlying issues, the recovery process presents a good opportunity to demand justice and build resilience, she says. Climate change and COVID-19, which have hit communities of color and under-resourced communities the hardest, demonstrate that oppressive structures like racism and colonialism cause the effects of disaster to be felt disproportionately.

“The process of going from recovery to resilience requires addressing those larger structural issues,” Chandrasekhar says. “There can be no resilience unless there is social justice.”

So, amidst the grief, the anger, and the loss that disaster brings, Chandrasekhar finds hope—hope for healing, for a more just future and for resilient communities that can withstand disaster.

Whether you’re an organizer doing mutual aid in your neighborhood, an urban planner hoping to better engage communities in your work, or an individual searching for hope in this trying time, Chandrasekhar’s talk will have something for you. Join us from 4-5 p.m. Tuesday, September 1 at https://tinyurl.com/gcsc-disaster as she explores the complexity of disaster recovery and calls for social justice as the only path to true resilience. 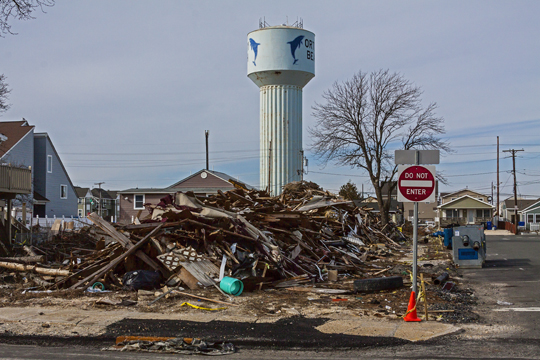